I’ve been thinking about depression recently.

Although I’ve never had to take antidepressants, I was depressed at university and my grades suffered. At its worst I missed an exam because I couldn’t get out of bed. I’m generally much better now, although in some sense it will always be a part of me.

I find depression is very interesting. Everyone will experience it differently, but it’s always complex and deep. I am also always impressed by people with the self-awareness and courage to write honestly about their experience.

Below are three of my favourite stories of depression.

This video appeared on TED.com this month. Andrew tells stories of his experience and that of people he’s known, and discusses just how common depression is:

“The Inner World” by Emily Dickinson

This is the poem that is read at the start of the above video:

I felt a funeral in my brain,
And mourners, to and fro,
Kept treading, treading, till it seemed
That sense was breaking through.

And when they all were seated,
A service like a drum
Kept beating, beating, till I thought
My mind was going numb.

And then I heard them lift a box,
And creak across my soul
With those same boots of lead,
Then space began to toll

As all the heavens were a bell,
And Being but an ear,
And I and silence some strange race,
Wrecked, solitary, here.

And then a plank in reason, broke,
And I dropped down and down–
And hit a world at every plunge,
And finished knowing–then–

Allie’s story (from Hyperbole and a Half)

This is Allie’s illustrated story of her own depression. It might be the first story of depression I read in full. I think it’s so fantastically well-put and illustrated. 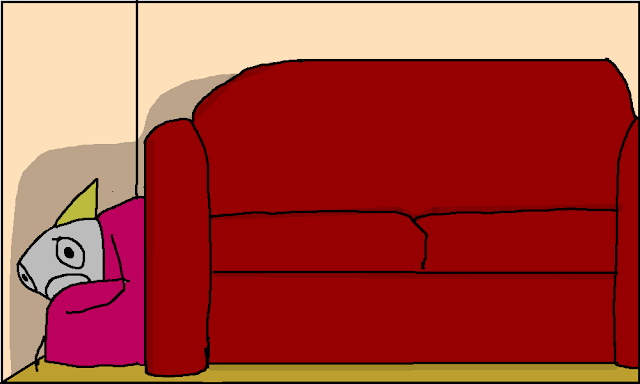 This is a text-based, in-browser adventure game by Zoe Quinn where you play someone suffering from depression. I think it’s really quite effective at communicating what it’s like to have depression.

When Zoe submitted Depression Quest to Steam’s Greenlight she apparently suffered some online abuse from people who didn’t like the game, which is a shame. If you like it, please go and vote for it.